About University of Auckland 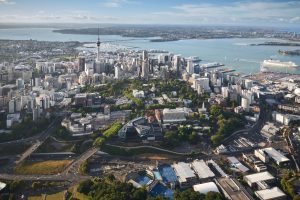 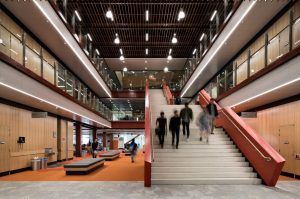 THE UNIVERSITY OF AUCKLAND

Teaching and research are conducted across eight faculties and two large-scale research institutes, and the University has the largest graduate school in the country, with a third of all of New Zealand’s postgraduates obtaining a University of Auckland degree.

Founded by an Act of Parliament in 1883, the University of Auckland has, from its earliest days, admitted both male and female students. It is committed to equity across gender, sexual orientation, ethnicity, cultural and religious practices and for those with disabilities.

The University has a strong history of developing partnerships with Māori that acknowledge the principles of The Treaty of Waitangi/Te Tiriti o Waitangi. It is committed to promoting Māori presence and participation in all aspects of University life, and encouraging teaching, learning, and research in a range of fields important to Māori.

The University of Auckland is also a global leader in Pacific research and teaching and in 2018 appointed the world’s first Pro Vice-Chancellor Pacific. It educates 75 percent of New Zealand’s Pacific students and employs 90 percent of the country’s academics of Pacific Island descent.

The University has a wide network of international affiliations and formal agreements with 182 universities in 39 countries, and is the only New Zealand member of Universitas 21, the Worldwide Universities Network, and the Association of Pacific Rim Universities.

For more information about University of Auckland, please visit website

Unfortunately, in the unprecedented times and responding to the latest government advice in the United States of America on travel and social gatherings, the EduData Summit Steering Committee and QS Quacquarelli Symonds board has made the difficult decision to postpone EDS 2020.

This decision was not made lightly, however as we are all experiencing the impacts within our institutions and organisations it is imperative that we remain focused on the task of ensuring our residences work through this period in the most effective way – we all know COVID-19 will continue to have social, emotional and financial impacts on our communities for the foreseeable future.

QS and University of Auckland take health and safety of all speakers, delegates and sponsors seriously and we believe that under the current circumstances, the full conference experience would be placing personal health and safety at risk.

The new dates for the EduData Summit will be 8th-11th June 2021 in the Delegates Dining Room at the United Nations.

We will promptly notify you with any further updates and if you have any questions, please get in touch with Brittany at brittany@qs.com.